‘Would you like to come with me?’. I had agreed and went with my pastor and his wife to the funeral of a 90 year old woman that I didn’t know. The church was a large room, with many people.  A few came to the front giving stories of the impact she had made in their lives and in the lives of others (most notably in her children). After the service, in the car home, I spoke with my pastor and his wife about my desire to do an oral history project on victims of knife crime.

I was still doing my degree and knew the project was totally unsuitable for the marking criteria and the demanding pace of the course. I felt deep within me that this would be a long project best suited outside of the limits of university.

In 2008 I was ending year 11. That year felt like knife violence was so abundant that it could eventually happen to me and everyone who was my age. At least, what it felt like from reading the papers on the train to school or watching the evening news.

I always wondered whether the news media were best positioned to speak on the subject. They seemed to be in a rush to deliver the story and move onto the next headline (i.e. sports or a flash flood. The transition between stories was stark). I wondered what decision-making happened? When say, they picked pictures of the victim? Or included quotes from friends? Or gave statistics of the tally of youth violence for the year? What was the primary focus? To highlight violence and induce fear?

It’s heartbreaking to read articles on senseless murders and I can’t imagine the trauma of a mother whose son or daughter has died.

I realised that I knew less about the victim from reading the news than if I had spoken to their close friend. What was the victim really like? Who were they on the day before the incident happened? How would someone describe them? How do you sum up a life?

Oral history, which unlike the annuals on Great Generals, most effectively speaks about the hidden history of the ordinary lives of people in society. I did a short on my grandfather, as I viewed him as a person who was a great story-teller of everyday life. I thought, ‘if I don’t document it, only those who know him, would be aware of how amazing he really is!’

That same view I would like to bring into this project. Victims are made public through the impersonal tone of an official news voice rather than a sensitive tone of someone that really knew them as they were in everyday life. My hope is to collaborate with others and by telling their story, bring a sense of humanity back into people hearts. So that the beauty of life and the fragility of it will turn others away from violence.

Link to a poem written to inspire the imagery here

The idea for ‘The Strange Happening‘ came out of a chance encounter with a book entitled ‘Out of Africa‘. I received this book free with a newspaper a long time ago. Opening the book one evening I flicked to the section ‘The Immigrant’s Notebook‘ and read the subsection ‘A Strange Happening‘. The short text described a chance encounter with a vast number of exhausted wild dogs in the plains of Africa strolling in front of two stunted onlookers.

That was it. There was not a grand story arch. No romance or violence. A simple but highly unusual encounter. An intervention into the landscape and the lives of others.

Reading ‘Animated Storytelling: Simple Steps for Creating Animation and Motion Graphics‘ I decided to learn methods in structuring narrative (especially unusual stories). I found the steps helpful because once I had finished with one step I could move productively onto the next which gave me confidence that the project was progressing.

“The Strange Happening” [working title] is an adventurous film with three interconnected stories about the past, present and future of the sunken glass city, with an underlying idea about turning a negative into a positive.

The idea of a sunken glass city sparked a lot of creative responses in my head, but I tried to expand my thinking to metaphoric responses and not solely literal interpretations. It’s been fruitful speaking and collaborating with a friend Peter whose advice has helped to push the film process forward.

Great for movie analysis including the historic contextualisation with links to docs from other point of views on the filmmaking process from those who played roles other than the director.

Example of a high standard for BBC 2/3 [http://www.bbc.co.uk/programmes/p03ply8y]

Some advice on pitching: 2 or 3 ideas are fine. Conveying a passion for the story you wish to tell is more important that if the pitch is a powerpoint or document format. ‘Back one horse’ don’t send pitch to all the commissioning editors [if one turns it down the others will know about it in their meetings]. Send to one Editor, if they say ‘no’ then back off. Can also send ideas in an email to Editors based on an article in the paper that you might think is a story worth telling. They can respond before you go into making a treatment whether or not its something they are interested in broadcasting. 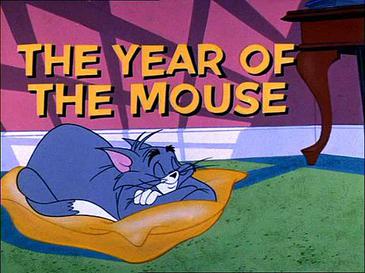 A breakdown of my student project.

Hand illustration with Maya and After Effects by E. D. Films

I believe this painting is one of three which are separately held at different museums in Europe. The National Gallery has one as do the Louvre and Uffizi. I was aware of this work by reading Gombrich’s ‘The Story of Art’.